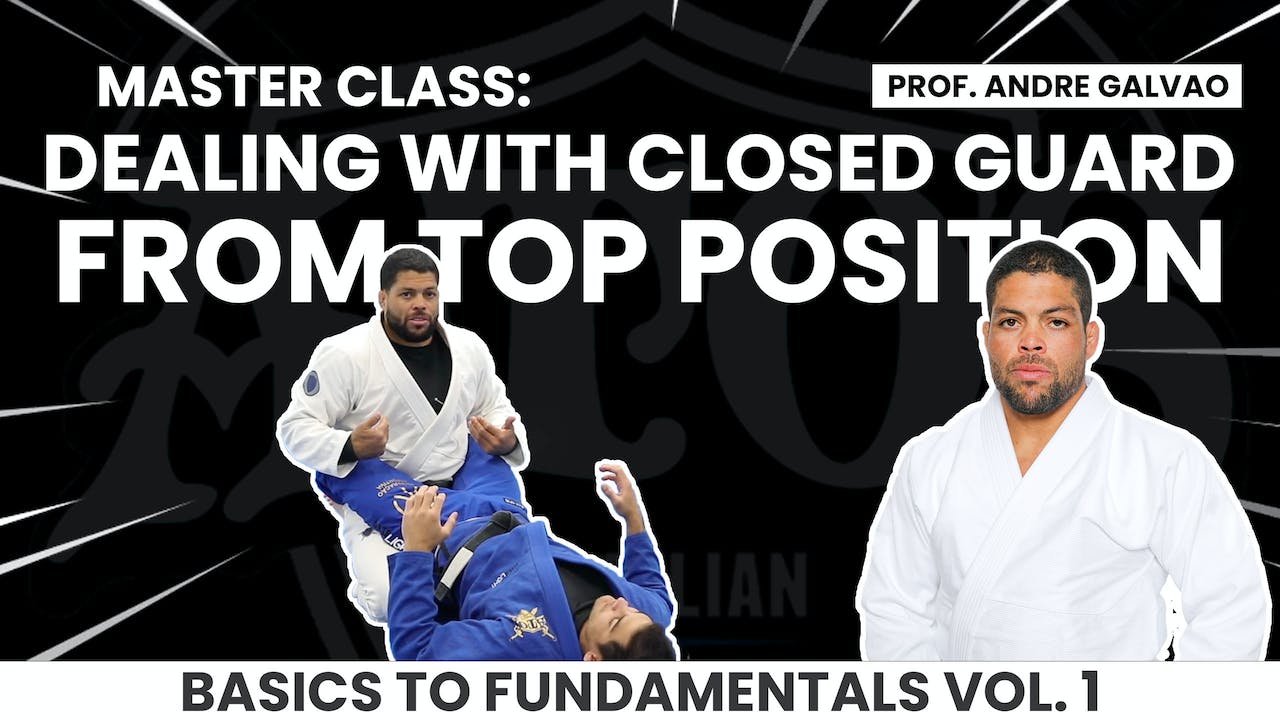 Dealing With Closed Guard From Top By Galvao

In this Master Class series, Andre Galvao shows the defensive and offensive strategies in dealing with the closed guard from top position! Learn how to properly posture, defend some of the most common attacks from closed guard, some simple yet effective passes, and more!

- Learn Andre Galvao’s all elements on how to behave WHEN YOU ARE INSIDE OPPONENT'S CLOSED THE GUARD. LEARN how to deal with it, posture, defend opponent's attacks, and even creating space to pass anyone's guard!

- 6x IBJJF & 6x ADCC World Champion explains KEY details on how to posture, control and manage the situation on one of BJJ’s most annoying positions: inside opponent's closed guard.

- This system was developed by Professor Andre Galvao.

Featuring 24 individual lessons, consisting of more than 6 hours of content!

QUESTION: SHOULD I GET IT?
Would you invest on yourself to learn how to deal with closed guard position against heavier and stronger opponent?

What is it worth to learn the secrets from the all time best bjj no-gi & gi competitor Andre Galvao? Also, Galvao is one of the best coaches nowadays!

THIS INSTRUCTIONAL IS FULL GALVAO'S SECRETS. LEARN STEP-BY-STEP AND BE ABLE TO BEHAVE AND ESCAPE THE RIGHT WAY EVEN AGAINST BIGGER OPPONENT. CHANGE YOUR GAME FOREVER AND GET BETTER FASTER!

For All Levels - this master class is for beginner or an advanced fighter, this course will change your game.