Skip to main content
Learn Brazilian Jiu-Jitsu from multiple-time World & ADCC Champion Andre Galvao and his team of world-class instructors! Get unlimited access to our growing collection of online jiu-jitsu for all skill levels and all ages, sparring sessions, drills, master classes (DVDs), and MUCH MORE. New classes added daily! Atos BJJ OnDemand is the best online tool to level up your jiu-jitsu, 24/7, anytime and anywhere. Sign up now!
✕ ✕ 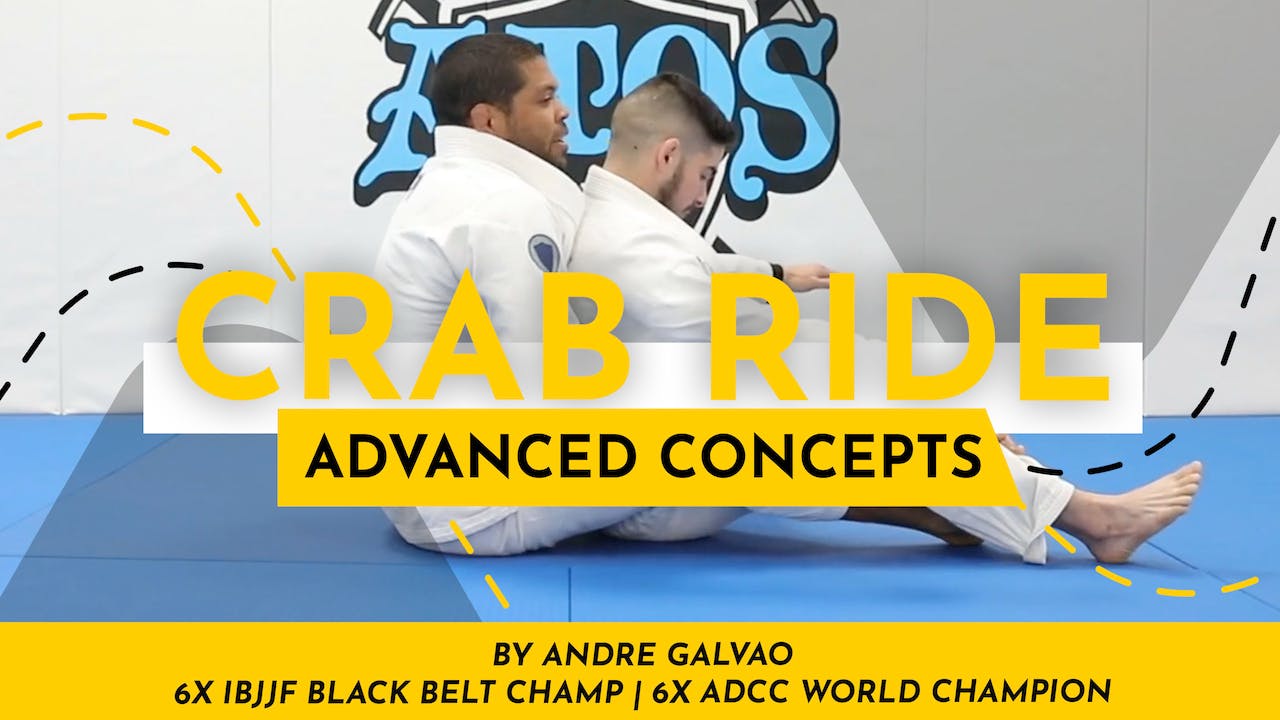 Introducing a fantastic BJJ course on the Crab Ride position in BJJ! Taught by multiple-time World and ADCC Champion Andre Galvao! Designed for those who have substantial experience with BJJ, this Crab Ride Course teaches the most essential knowledge, tips and tricks regarding one of the best methods to pass and take the back. Check out the latest in the Atos Online Academy’s Series Of Courses, and take your crab ride game to the next level!

Featuring 4 individual lessons, consisting of more than 1.5 hours of lessons!