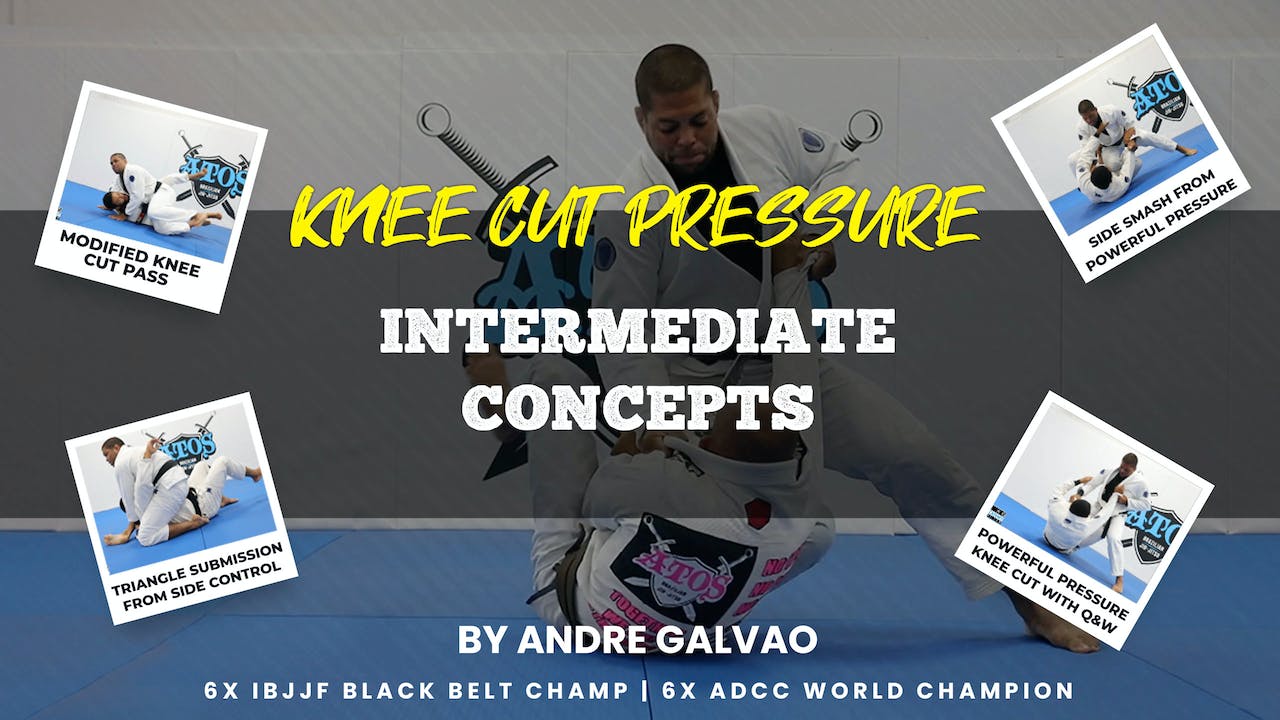 Introducing the most complete BJJ course on the Knee Cut Pressure pass in BJJ! Taught by multiple-time World and ADCC Champion Andre Galvao!

Designed both for those who have some intermediate experience with BJJ, this Knee Cut Pressure Course teaches the most essential knowledge surrounding the powerful knee cut pressure pass. Check out the latest in the Atos Online Academy’s Series Of Courses, and take your knee cut game to the next level!