Episode 1: A day in the life of Tye and Kade Ruotolo 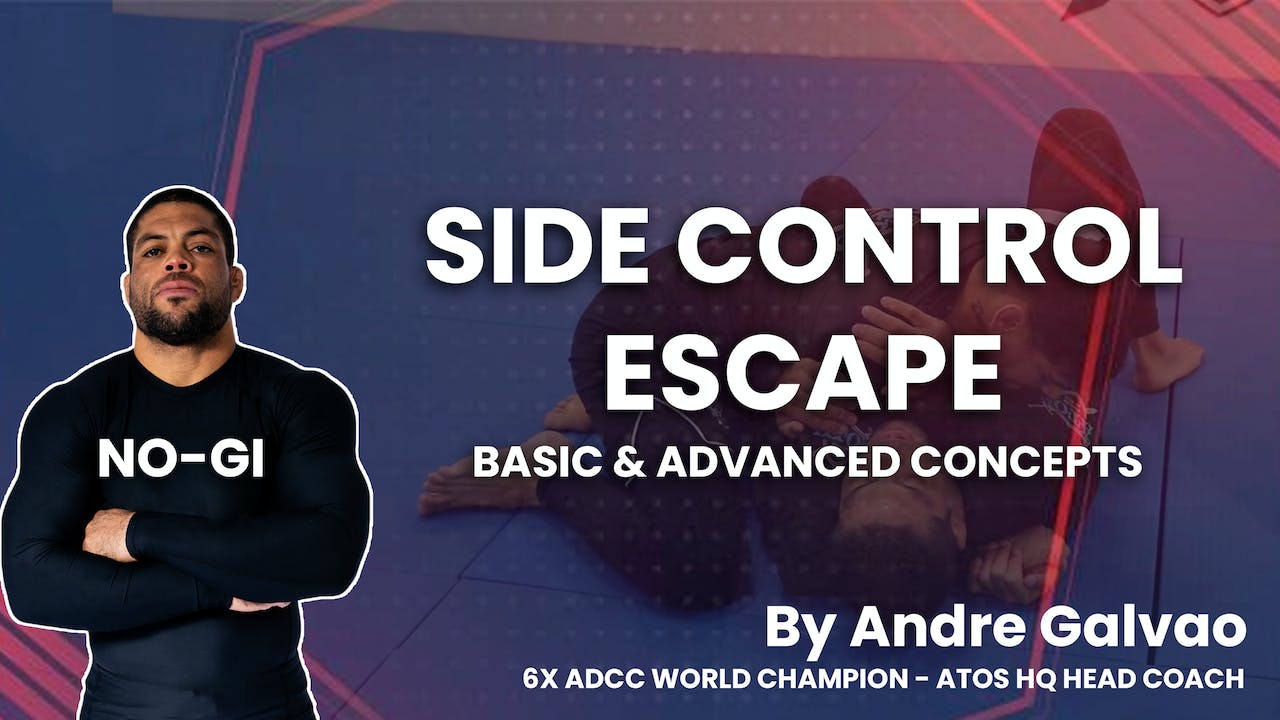 Introducing the most complete BJJ course on how to escape side control! Taught by multiple-time World and ADCC Champion Andre Galvao! Content includes how to properly frame, several basic escapes from side control and north/south, as well as some counter attacks straight from an escape!

Featuring 28 individual lessons, consisting of more than 5.5 hours of content!

QUESTION: SHOULD I GET IT?
Would you invest on yourself to learn how to ESCAPE FROM SIDE CONTROL AND BE ABLE TO COUNTER ATTACK IT?

What is it worth to learn the secrets from the best all time bjj no-gi & gi competitors & coach?

THIS INSTRUCTIONAL IS FULL OF GALVAO'S ESCAPE SECRETS. LEARN STEP-BY-STEP AND BE ABLE TO ESCAPE EVEN AGAINST BIGGER OPPONENT. CHANGE YOUR GAME FOREVER AND GET BETTER FASTER!

For All Levels - For beginner or an advanced fighter, this course will change your game.